With the stunning world cup victory behind us, it’s time to reflect on what lessons we can learn from it. I am sure cricket needs no introduction, so let me get on with what I have learnt from mostly watching, and very little playing, cricket.

Uncertainty, the name of the game

Cricket is the game glorious of uncertainties, and developers’ lives are no less uncertain, just not glorious. Both cricketers and developers need to be flexible and adjust to new situations. Be it change in requirements or the target score. Deal with the uncertainties of the pitch or the legacy code base. 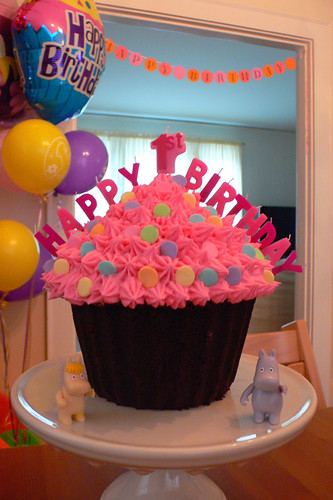 The blog is now one year old, woo hoo!

When I started the blog, I was not sure if I could sustain it. But here I am, 1 yr and 49 posts later. Although I could not post once a week as I promised myself, I was close enough.

If only I could share statistics to prove how popular this blog is, but both of you know it isn’t 🙂

So, here’s looking forward to another year of blogging, and hope to see you soon with a non-self-congratulatory post.

PS. The break in blogging was a result of a nice long vacation in May.

I watched 3 Idiots yesterday, and could not resist reviewing it. This review is not about how great the movie is. There are several of those on the net.

Let me be quick in saying that my family and I loved the film and think it is one of the best movie. It is a good take on the state of education in the country, a subject I feel strongly about. This is also not about Chetan Bhagat, although the nit-picking could apply to Five Point Someone as well. But I haven’t read it, so can’t say.

I expected more from Aamir, the perfectionist.

I was born in 1978, the same year that Farhan Qureshi (Madhavan) was born. So I felt more connected to the movie than the current generation. This also means that the college period depicted in the movie was the same period I was in college, which is roughly 1995-1999.

Well you see, a few of the things shown in the movie are, let’s say, futuristic.

Mobile phones were launched in India after 1994. The call charges in a ‘scheme’ were 16 Rs. incoming/outgoing. They were not mainstream until 2000 when charges began to drop. Even then, in 2000, I was the only one in my MBA college to have a mobile phone, and that too was given to me by my employer.

So showing engineering college students carrying a phone, pre 1999, was a bit of a stretch.

Even if you think ‘chote’ (Rancho) was rich enough to carry a mobile, the movie shows mobile internet being used in the hospital for video conferencing.

The scooter that Pia (Kareena) drives looks most certainly like Kinetic Flyte, which was only launched in 2009.

With a little research, which Aamir Khan is known for, the film could have been more realistic. Anyways, if you haven’t seen the movie, please do, it is really good.

And can only ask Google. Pictorial proof 🙂

And the same on Google.com which I assume is US targeted.

This is what my daughter has to say about my home computers:

Papa, ever since you made the computer a laptop, it misbehaves and crashes. Please make it a computer again!

Read computer = Ubuntu and laptop = Windows. My desktop ran Ubuntu for a long time until I installed Win7 on it. My laptop always had WinXP as shipped by the manufacturer. My daughter prefers Ubuntu to Windows, looks like I am raising a Linux fangirl 🙂

I wonder if Scott Hanselman will publish this on http://www.overheardathome.com

Well, I don’t need to beat the dead horse about why one needs to backup data. But with the explosion of digital assets, it is all the more important.

What are my digital assets?

The largest, of course, are photographs. Apart from these, I have a fair smattering of music, code, documents and others.

How do I back them up?

Currently, photos are backed up on DVD and in the cloud (picasaweb). Picasa acts as incremental backup and DVDs are full backups. A copy in Hyderabad acts as offsite backup.

Other things lie around on 2 USB drives and dropbox, plus my disk drives in my PC and laptop.

What other option have I tried?

I have tried a few backup tools, Windows 7 backup utility, some more apps on Ubuntu, and found everything lacking in one way or other. I haven’t tried the Apple Time Machine or Windows Home Server. But, from what I have read, they might be answering most of my needs listed below, expect being cross platform. I have not spent much time trying online backup solutions because of the reasons mentioned earlier.

Synchronizing data is my biggest problem. Although, dropbox is great, I can’t use it to backup my photos or music. In addition, I am afraid to plunge head long to an online storage system, since downloading all of them in India will be a real pain, not to mention, expensive.

What will an ideal backup tool look like for me?

In a sentence, “Drop box on a (USB) stick”.Continue reading